Today is the anniversary of the crash of LZ-4 on August 5, 1908.  The crash could have been the end of the zeppelin dream, but marked instead its beginning.

On July 1, 1908, Ferdinand von Zeppelin’s fourth airship, LZ-4, made a record-breaking 12-hour flight over Switzerland.  The German government promised financial support if Zeppelin’s ship could make a full 24-hour endurance flight and the count agreed to the challenge. 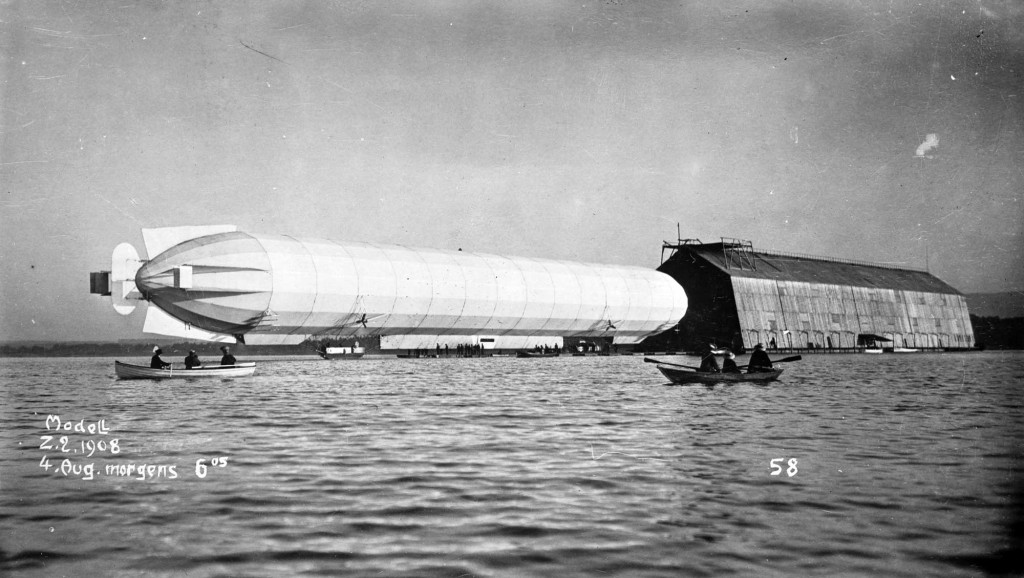 LZ-4 leaving its hangar on the Bodensee for the 24 hour test flight that ended at Echterdingen.

LZ-4 departed its floating hangar on the Bodensee on August 4, 1908 but was forced to make an emergency landing in a field at the town of Echterdingen the next day.  The ship was pulled from its temporary mooring by a sudden storm and destroyed when its hydrogen ignited. Wreckage of LZ-4 at Echterdingen Wreckage of LZ-4  at Echterdingen

Rather than losing faith in Count Zeppelin’s work in response to the crash, the German public rallied behind his efforts.  Germans contributed 6 million marks for the construction of a new airship in what became known as the “Miracle at Echterdingen” and the enthusiastic support of the German people gave new life to the zeppelin enterprise.  The next 30 years of zeppelin development was made possible by the Miracle at Echterdingen.